Your information is being saved, please wait.
Let us know you agree to cookies

We use cookies to give you the best online experience. Please let us know if you agree to all of these cookies.

SERC Plastering Lecturer Bernard Cunningham’s business has been announced a finalist for the prestigious Plaisterers’ and FIS Training Awards 2022, taking place at the Plaisterers Livery Hall, London, on 22 November. 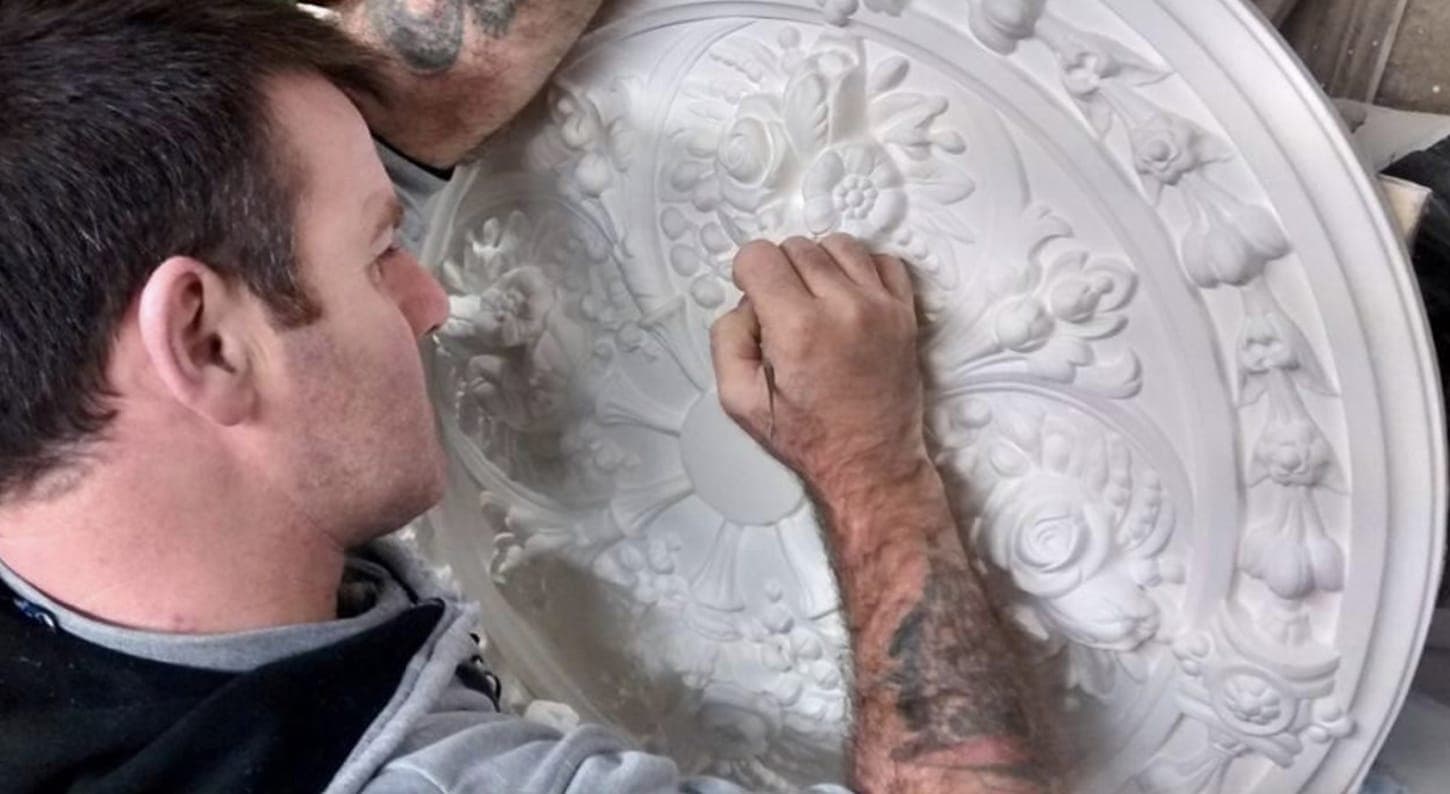 The Plaisterers’ (old English for Plasterers’) and FIS Training Awards recognise the highest standards of achievement in training and education within the UK Plastering and Interiors Trades. The Awards are open to participants in seven different award categories, each fully reflecting crucial aspects of training, education and life-long learning that has now become a priority focus within the industry.

Bernards’ Business, B. Cunningham & Sons Plaster Moulding, has been shortlisted in the Formula Snelling Cup category, which they also won in 2018. The Formula Snelling cup is a Fibrous and Heritage Plastering Award established to recognise practical craftsmen and woman specialising in traditional plastering. Traditional plastering involves using the traditional methods of lime and horsehair plaster on riven lath, usually for repairs to stately or listed properties.

Bernard comments, “I am delighted to be shortlisted, especially for being such a small plasterer, nestled in the Mournes for the past 24 years. It’s amazing to be getting this recognition for the work I do. I'm up against the big colleges and plastering workshops from the whole of England, and this will be the second time I’m up for this award, which I won in 2018.”

Bernard was also awarded Highly Commended Craftsman at the Heritage Angel Awards in Belfast in 2017 and has received his Master Plasterers Certificate, as well awarded the Freedom of the City of London.

The winner of the Snelling Cup will be announced tomorrow.