Your information is being saved, please wait.
Let us know you agree to cookies

We use cookies to give you the best online experience. Please let us know if you agree to all of these cookies.

It is day 6 of Global Entrepreneurship Week! Throughout the week, South Eastern Regional College (SERC) will host a week of celebrating entrepreneurs. 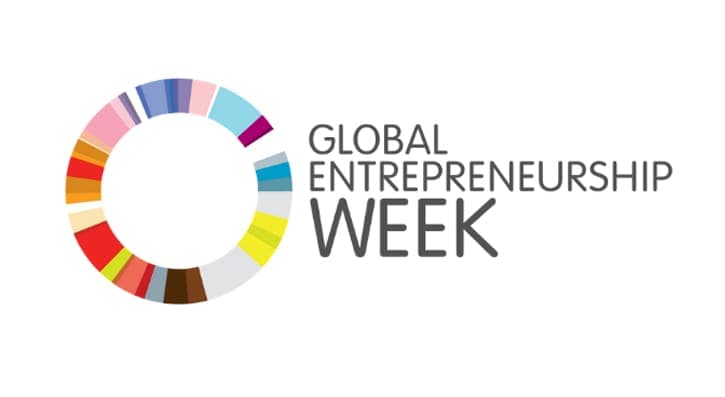 The Enterprise and Entrepreneurship Team recently caught up with Joseph Chainey, freelance character designer and illustrator, and Gerry White, founder of Jawbox Gin.

Joseph Chainey is a freelance character designer and illustrator who is pursuing a foundation diploma in digital content creation. Not only does he sell prints of his work, but he also takes commissions for fan art and other illustrations projects.

Overall, Joseph's course has significantly impacted his business. It has given him the opportunity to grow his skill set, introduced him to individuals who have influenced his art, and encouraged him to be more diverse while introducing him to other fandoms. The joy and excitement from witnessing his abilities gradually grow is what keeps Joseph motivated. Having the opportunity to share his work and passion with others who have similar interests is one of Joseph's favourite aspects of running his business.

Joseph’s ultimate goal is to develop his own narratives and worlds through his artwork, and in the future possibly through comics, animation, and other forms of media, before sharing them with the rest of the world. Joseph's advice to other students thinking about starting their own business is to embrace the process of growing it, have fun with it, and make it something you can be proud of!

Check out Joseph’s artwork in the video below and catch him at our Bangor Christmas Market on Tuesday 6th December.

Gerry White, founder of Jawbox Gin, has been in 'the bar game' for many years, and is incredibly passionate about Belfast, stories, and of course, gin.

Jawbox is a small batch gin inspired by the magnificent industrial era of Northern Irish history, when ordinary men and women put Belfast on the map for hard graft and craft. Jawbox is named in honour of the ever-celebrated Belfast sink, which years ago was the heart of the kitchen where the craic was heard, and unforgettable stories were shared. Back in the day, not everyone had the luxury of their own kitchen or scullery so there could have been a big Belfast sink shared between 5 or 6 families. People used to gather around it to tell their tales, do their washing, share the gossip, celebrate and commiserate all around the sink.

Check out the interview with Gerry below.