Your information is being saved, please wait.
Sign In 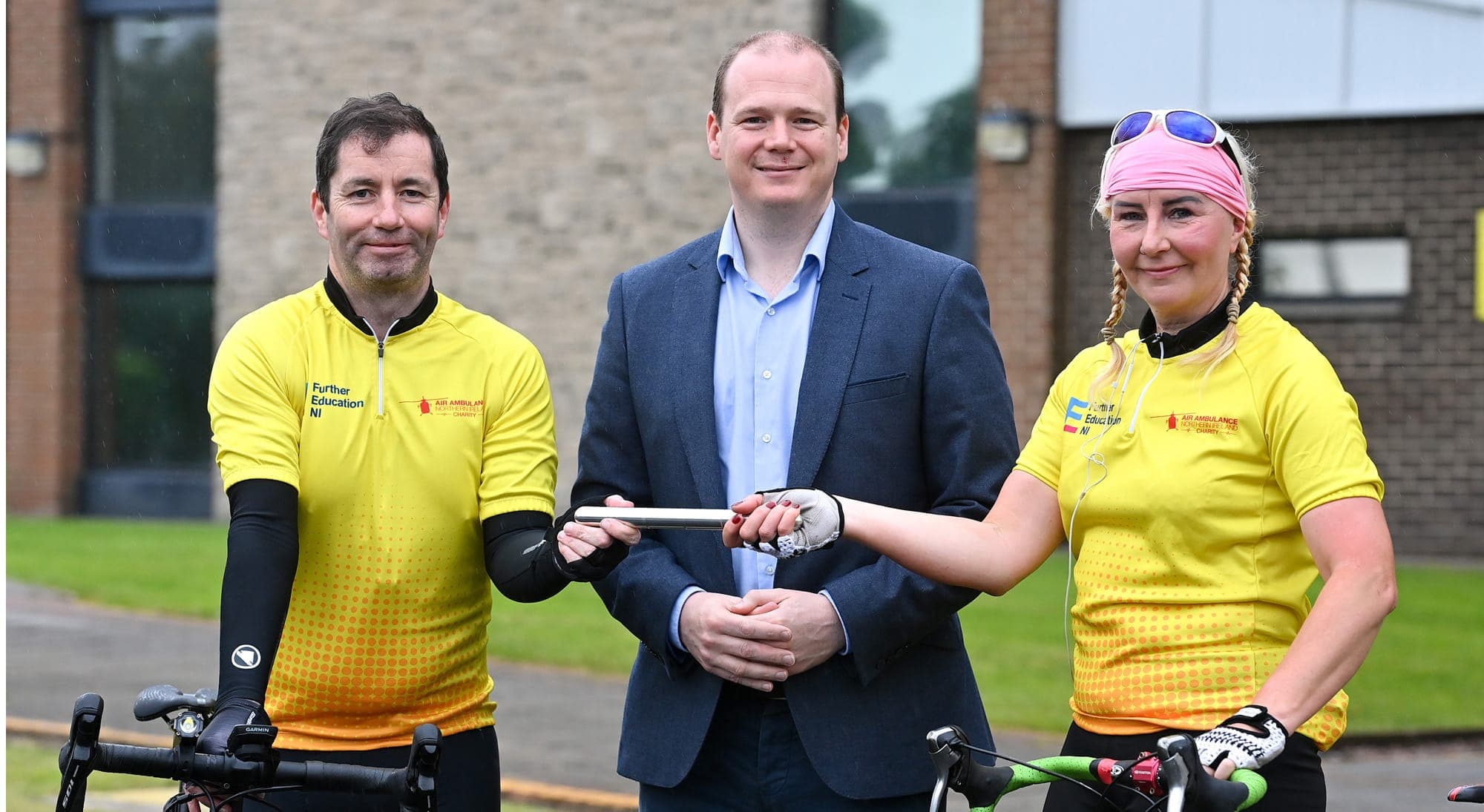 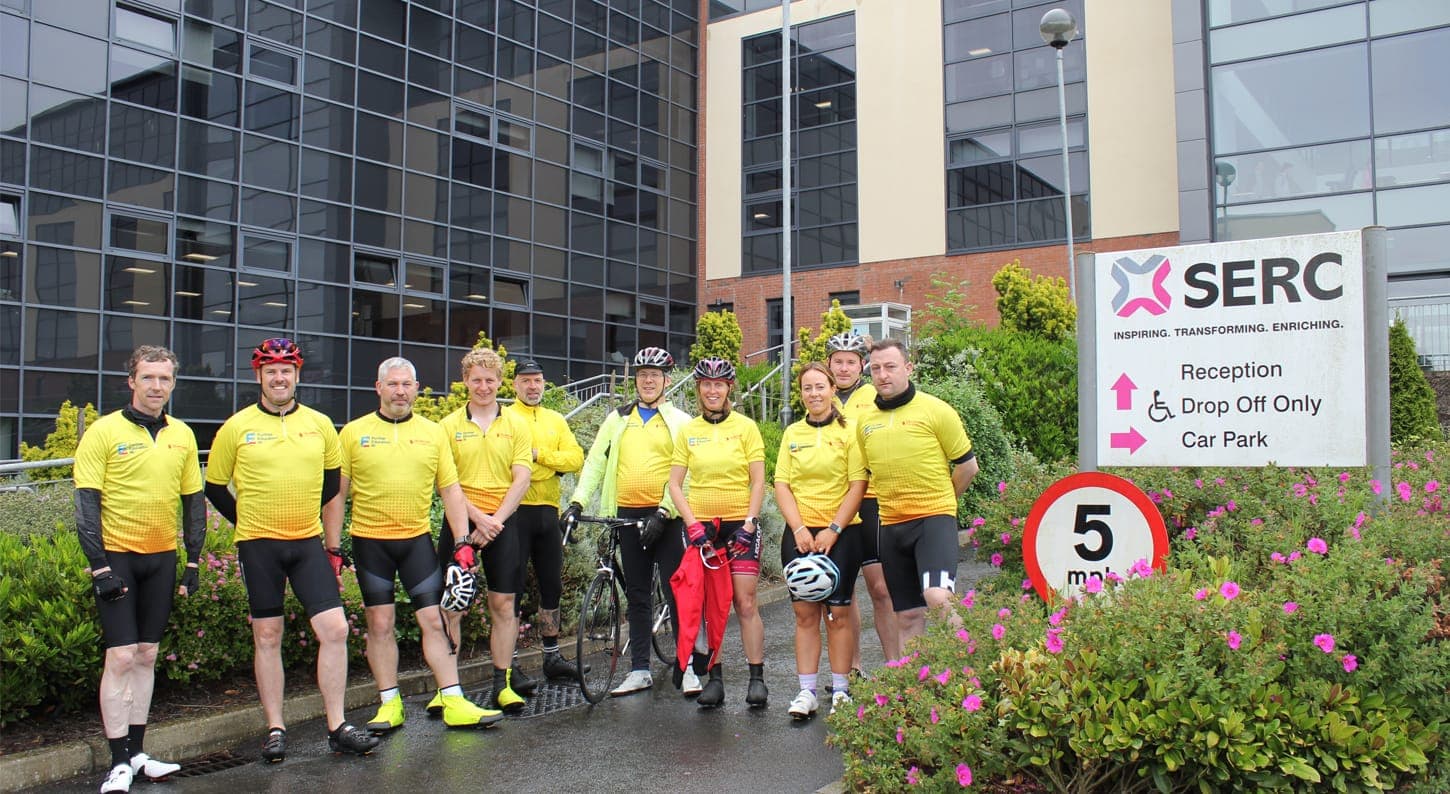 Staff from Northern Ireland’s six Further Education Colleges have raised £5,550 for Air Ambulance NI through participating in a charity cycle on Friday.

Each of the six colleges put forward a team of cyclists, both experienced and first timers, who cycled around their respective campuses to pass a baton to the next College.

The event highlighted the collaboration and collegiality between the six colleges in their work to make a positive impact to their local communities. The cyclists also supported a vital regional service as the health service faces enormous pressures in the wake of the recent pandemic

Minister for the Economy, Gordon Lyons MLA said:   “I was delighted to see first-hand the fundraising efforts by college staff. Our local FE colleges are a force for good in so many ways, acting as skills engines to help people better themselves and improve their life chances through high quality training and qualifications that can lead directly to employment. Of course, college staff are central to this. To see them give their time and efforts to this cause is therefore no surprise at all and I commend everyone involved for helping raise funds for Air Ambulance NI.”

Mel Higgins, Chief Executive and Principal of Northern Regional College said:   “The response from our staff and students to our charity cycle for Air Ambulance NI has been fantastic. Our ‘Further Education 400’ was really well attended and a wonderful experience for everyone involved.”

“All six of our colleges were thrilled to be raising money for a truly worthy cause, with Air Ambulance NI providing a vital regional service, and we are elated that £5,550 has been raised already by our cycle which will go some way to keep the service operational.”

Damien McAnespie, Fundraising Manager at Air Ambulance NI said:   “We were delighted to have teamed up with Northern Ireland’s Further Education sector for their ‘Further Education 400’ charity cycle through all of their campuses.”

“Air Ambulance NI works in partnership with the Northern Ireland Ambulance Service, to deliver the helicopter emergency medical service (HEMS) for the region. The HEMS team attend patients who are seriously ill or injured, bringing emergency pre-hospital care direct to the casualty with the aim of saving lives, brains, and limbs. Each year the charity aspires to raise £2 million to maintain and sustain this service so public donations are crucial.”

“The £5,550 raised through this event will no doubt make a significant contribution to meeting that goal and ultimately keeping Air Ambulance NI flying. A huge thank you to all the FE colleges for their support, it is greatly appreciated.”